A Theological Analysis of the Christ’s Cross Symbol Accordance with the Bible and It’s Use Based on John 19:17-25 at Rawamangun Church

This research consisted of three parts: (1) What is the original word of cross in the Bible? Some experts stated that the word of cross in the Bible originated from the word stauros and xulon. These words have similar meaning that is a stud instead of cross; (2) Definition of the cause a change of the cross in Christianity. Experts stated that cross is a symbol that religious symbol that existed before the Christianity appeared. The symbol of cross is not used by the early church. Until to the 3rd century, Constantine, sun worshiper brought symbol of the cross to Christianity as his stated vow, and; (3) The use of symbol of cross that is incompatible with the Bible especially that derived from paganism is something that is not very relevant because cross is not a tool that is charged to Christ, then His people also do not use and lift up the death tool that actually was not charged to Christ.

The result of this research by using questionnaire that was shared to 40 GMAHK members of Rawamangun Congregation, where this questionnaire consisted of 24 statements, yielded a data that can be concluded that the respondents have a good understanding in answering the indicators. This happened because before the researcher shared the questionnaire, firstly, the researcher explained about this lesson in a seminary. 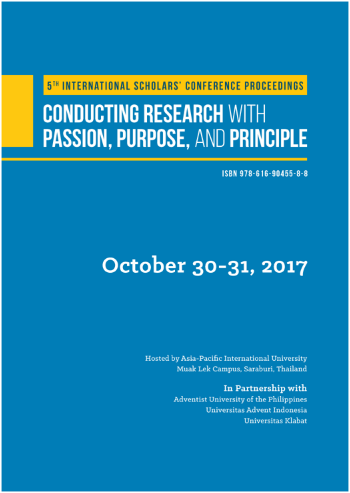