The research aim is to show how exchange rates and inflations predict exports and imports before and after free trade by using Indonesia-Philippines data analysis technique namely regression analysis, partial (t-test), simultaneous (F-test) and adjusted square. Sources of data are obtained from legal website of Central Bureau of Statistics of Indonesia. The data of import-export are divided into two parts, namely from 2005 to December 2009 is used to measure the performance of data before Free Trade. And from 2010 to 2014 is used to measure the performance of data after free trade.

Import performance shows that if the exchange rate increased then the import would increase, but after Free Trade, if the exchange rate increase, then the import would decrease. Significant level of correlation (sig. 2 tailed) shows that the inflation rate changed from 0.858 to 0.123 and the significant level of exchange rate correlation (sig. 2 tailed) changed from 0.387 to 0.514. And both numbers are above of 0.025. The implementation of Free Trade contributed a positive impact to Indonesia. 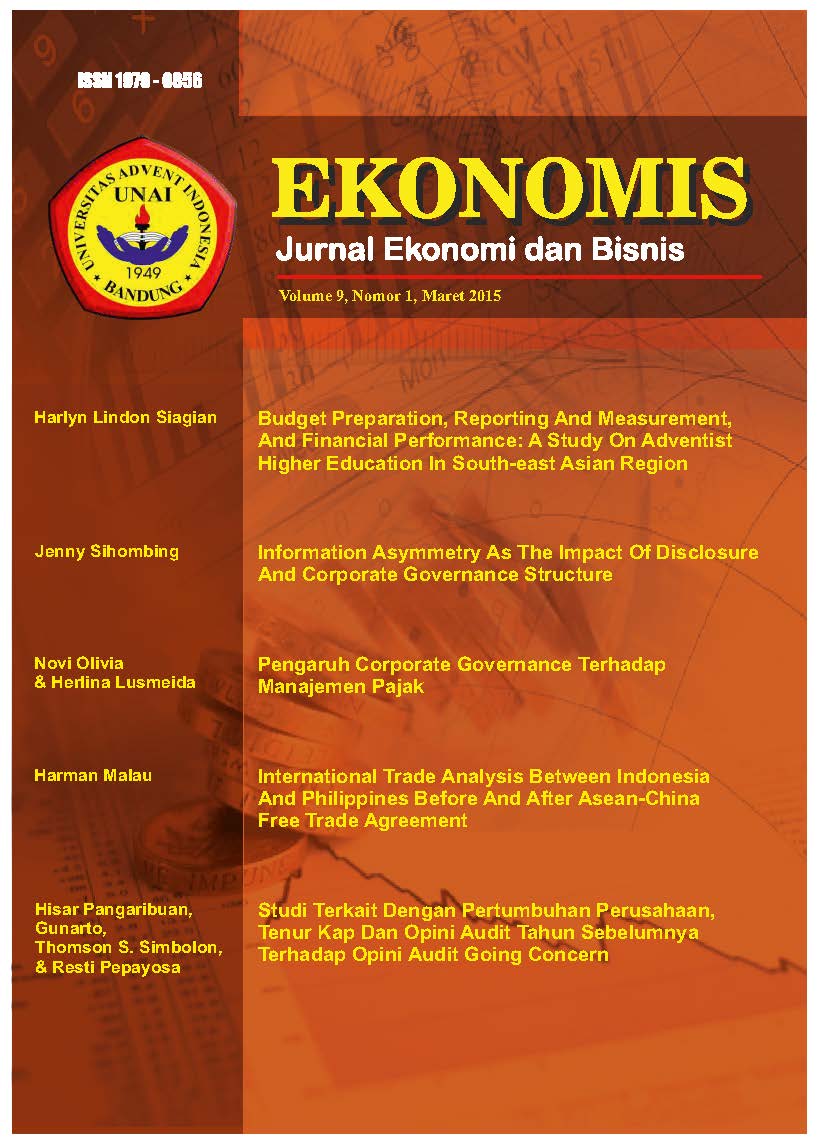