A figure in the New Testament who is quite well known among Christians but notedin only one book that is in the book of John is Nicodemus. He was a Pharisee and amember of the Sanhedrin, the highest judicial institution for the Jewish people. Hisadmiration for the teachings of Jesus made him want to meet and talk with Him. Buthis status, position and education were very different in contrast to Jesus who had noformal education. The meeting could undermine his credibility as a respected,honorable assembly. That is why Nicodemus met Jesus at night after all the residentsentered their homes, after the situation was quiet outside so that no one would see themeeting. Because of this event, a view and opinion emerged which stated thatNicodemus was afraid to declare himself to be a disciple of Jesus openly and onlydeclared himself to be a disciple of Jesus after his death at Golgotha. It seems thatpeople often ignore Nicodemus' courage when expressing his faith in the SanhedrinAssembly's courtroom.
Article Metrics 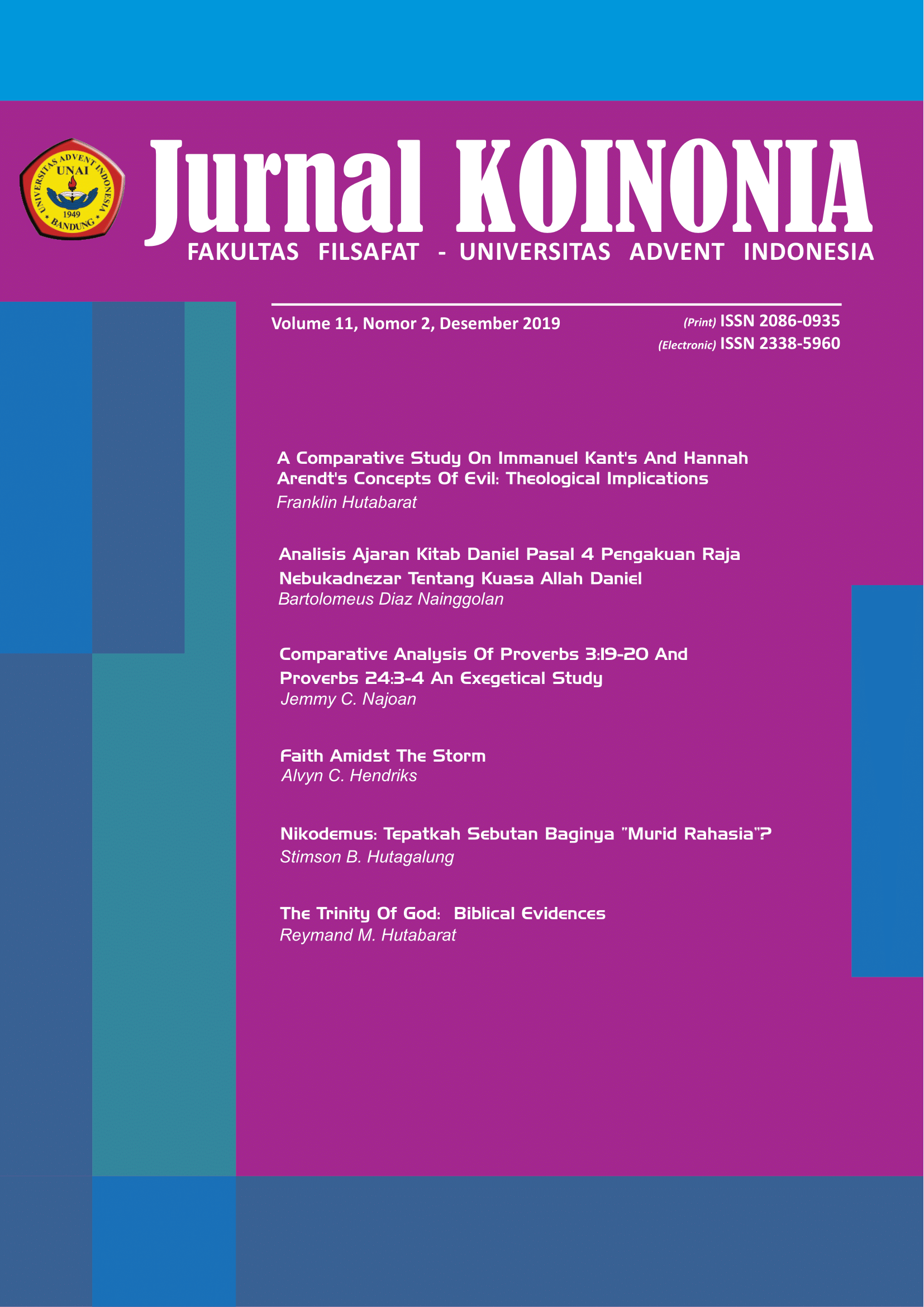