The author examines the "influence of Shepherd's attitude toward the level ofspiritual growth of members" in Immanuel Church, Batujajar, Bandung, and thecontext of this verse in the congregation itself. This study was specifically addressedto Immanuel Church, Batujajar. Bandung. The research has 4 indicators, namely: (1)"The meaning of the shepherd's Role", (2) "The Shepherd's attitude can affect thespirituality of the Congregation",(3)"The shepherding attitude to thecongregation",and (4) "The attitude of the shepherd according to 1Peter 4:11".Researchers have a base with four indicators to be discussed: Meaning of theshepherd's role. The second indicator of the shepherd's attitude can affect thespirituality of the congregation. The third indicator of the shepherding attitudetowards the congregation, and the fourth indicator is about the shepherd's attitudeaccording to 1Peter 4:11, which is theoretical research and field research. Theoutcome of theoretical research is the meaning of shepherd's role. The shepherd'sattitude can affect congregational spirituality. The shepherding attitude towards thecongregation. The attitude of the shepherd according to 1 Peter 4:11. The results offield research conducted through questionnaires distributed to the 21 members of theSeventh-day Adventist Church congregation, Batujajar, Bandung, where thequestionnaire contained 36 questions, resulted in a data that could be It wasconcluded that the respondents had an excellent and good view on the one to fourindicators. The method by which the author used to accomplish this scientific work isby the method of collecting data through: Bibles, books, magazines, meditations,interviews, Internet, and other articles in connection with the writing of this scientificwork.
Article Metrics 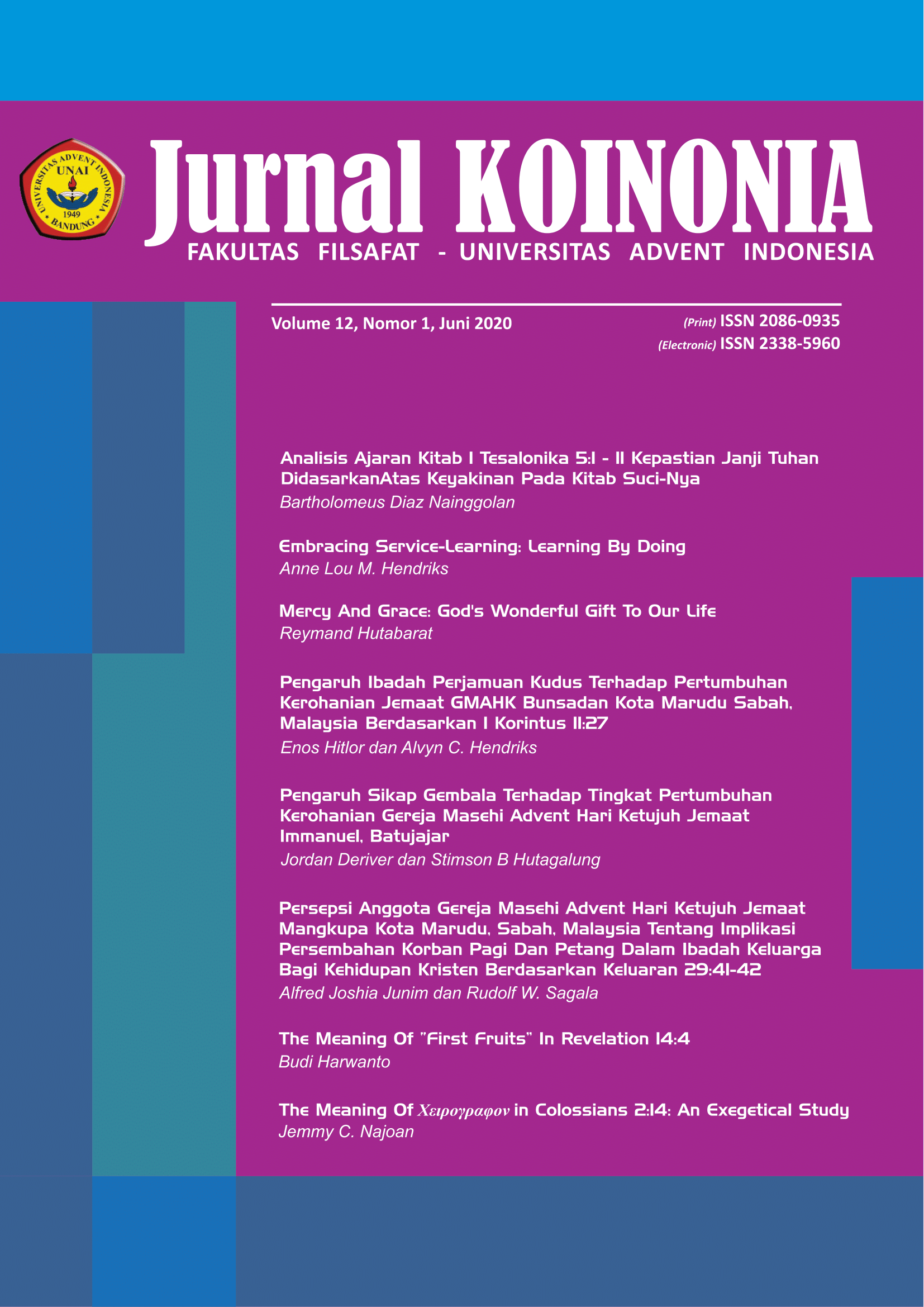